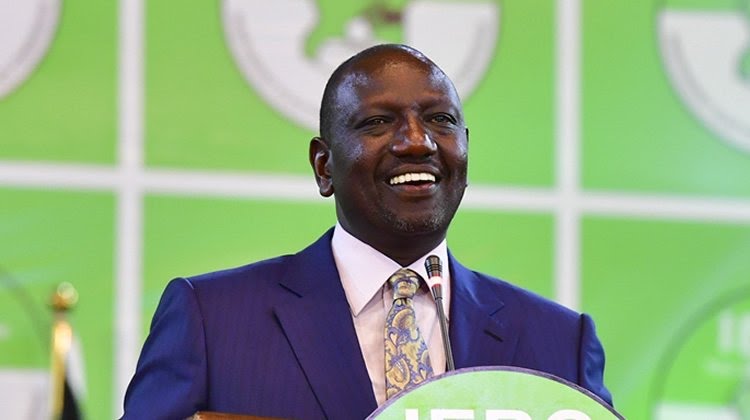 The Supreme Court of Kenya on Monday upheld the election of the deputy president of the country, William Ruto as the president-elect.

The court ruled that the technology used by the Independent Electoral and Boundaries Commission (IEBC) in August 9, 2022, General Election met the standards of integrity, verifiability, security, and transparency to guarantee accurate and verifiable results.

In a unanimous finding of the seven-judge bench, Chief Justice Martha Koome ruled that “we are not persuaded by the allegation that the technology deployed had failed.”

Azimio presidential candidate Raila Odinga who filed the petition challenging the victory of President-Elect William Ruto had claimed that the technology deployed by the electoral commission had massive shortcomings which ended up denying him his victory.

He also claimed that the final vote tally was manipulated by the electoral commission to favor Ruto who was eventually declared the winner.

Odinga, alongside seven other petitioners, had raised issues over the Kenya Integrated Management System (KIEMS) kits that IEBC deployed in the 46, 229 polling stations.

In their finding, however, the court established that the kits failed in 235 polling stations, 86, 899 were granted the right to vote manually, and the requisite forms 32A were filed.

“This happened successfully in Kibwezi West Constituency and parts of Kakamega County,” Koome said, adding that “the register of voters was used at the election without any apparent anomalies.”

On the issue of the Smartmatic firm, which IEBC had procured to manage the technical aspect of the poll, the court was unanimous that “no evidence meeting the requisite standard of proof of access to the system by unauthorized persons was adduced by the petitioners.”

Koome stated that IEBC was at liberty to procure the firm’s services as they could not do so themselves.

“The scrutiny report prepared by the Registrar of the Court did not reveal any security bridges of the IEBC Result Transmission System,” Koome said.

“The KPMG audited the register, and we are satisfied that the inconsistencies and inaccuracies identified during the audit were somewhat successfully addressed,” Koome said.