Russian Prime Minister Dmitry Medvedev announced on Wednesday that he and the rest of the Russian government were resigning, Russian news agencies reported.

The announcement came on the heels of President Vladimir Putin’s annual speech to lawmakers where he proposed a series of constitutional reforms that would grant more powers to parliament — including the ability to select the prime minister. 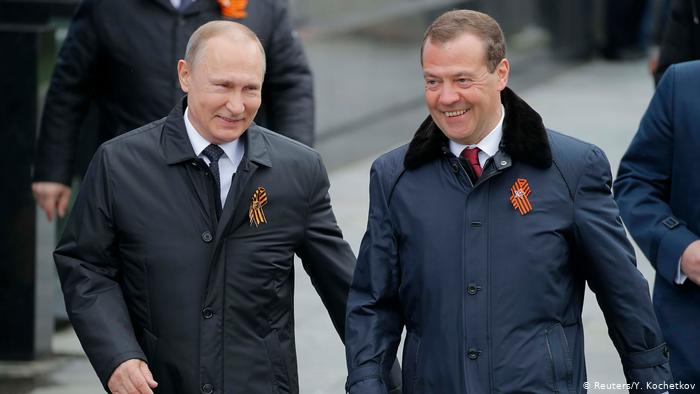 The changes would make significant changes to the country’s balance of power and so “the government in its current form has resigned,” Medvedev said on state television while seated next to Putin.

The prime minister said the move was aimed at clearing the way for the changes to be made. Putin earlier said the constitutional amendments would be put to a referendum.

Putin said that he was “satisfied with the government’s performance” although the government failed to fulfill certain tasks, reported  news agency Interfax.