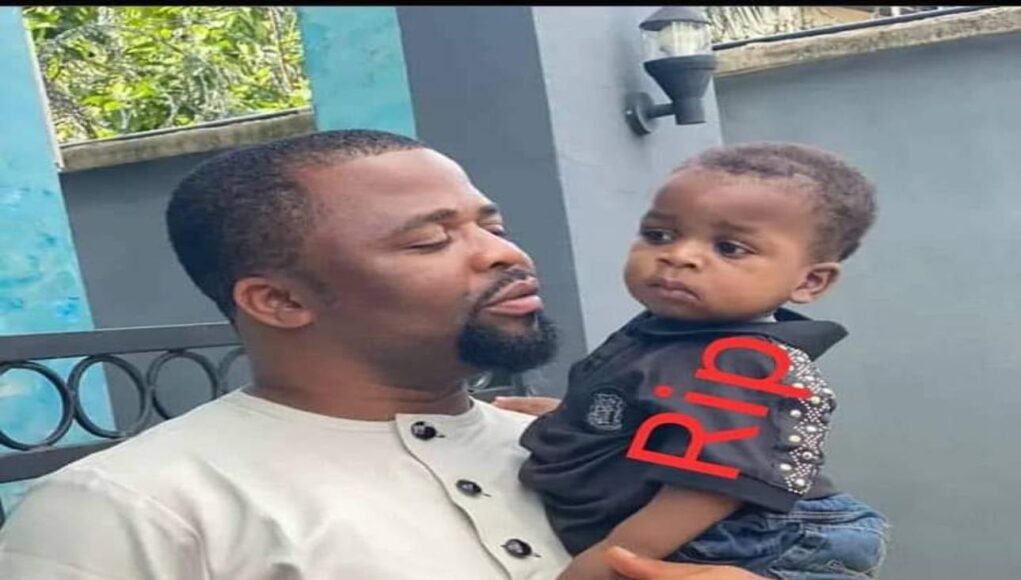 The Nigerian entertainment industry has once again experienced the pain of child loss as a popular comedian, Dike Osinachi aka Apama, lost his two-year-old son Jidenna, on Tuesday 15 November 2022.

The 2-year-old’s cause of death is currently unknown. At the time of death, Jidenna was the only son of the comedian/actor. This loss comes a few weeks after popular singer David Adeleke aka Davido lost his son Ifeanyi Adeleke to a drowning incident.

Dike Osinachi is a popular comedian, master of ceremonies, and actor who is known for his use of the Igbo language in his comedy and roles. He was once the subject of public criticism when many complained that Apama was fond of subjecting female party guests to ridicule and vulgar display whenever he played the role of MC at any occasion.  Also known as Ebeigwe Apama, Dike Osinachi is the CEO of Apama NollyTV. Before the death of his son Jidenna, Apama had three children(two daughters and a son) with his wife, Ogechi. The third child was born in June 2022.

May the soul of little Jidenna rest in peace.