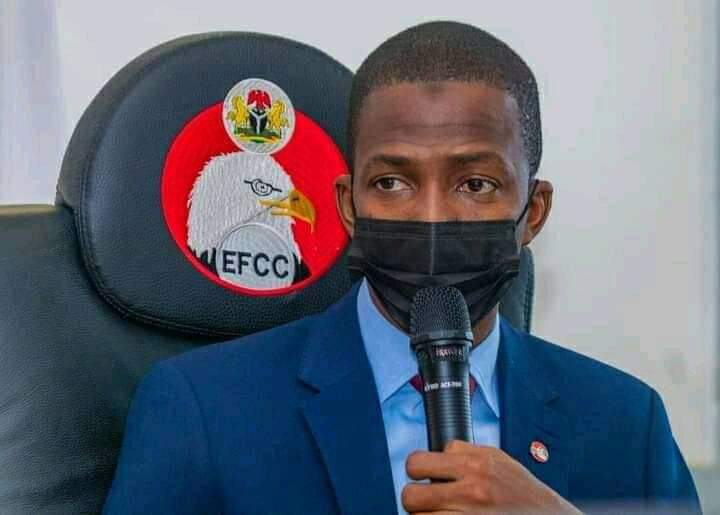 The Economic and Financial Crimes Commission has launched a discreet investigation into the finances of the 18 political parties in the country and their presidential aspirants. This followed the humongous fees paid for expression of interest and nomination forms by aspirants vying for various elective offices in the parties.

The anti-graft agency has, therefore, asked the Independent National Electoral Commission to furnish it with the bank accounts and other financial details of the political parties.

It also asked the managing directors of Access Bank and Polaris Bank to provide the details of the 14 accounts operated by the All Progressives Congress and the Peoples Democratic Party and another organisation believed to be connected to the opposition party.

While the ruling APC sold its presidential forms for N100m, the main opposition party pegged its forms at N40m.In addition, the APC governorship aspirants paid N50m, while persons who declared for the Senate, House of Representatives and state Houses of Assembly paid N20m, N10m and N2m, respectively for their nomination and expression of interest forms.

While the other parties charged lesser amounts for their forms, the exorbitant nomination fees charged by the two dominant parties angered many Nigerians with Transparency International describing the development as a form of money laundering.

The EFCC Chairman, Abdulrasheed Bawa, last week hinted on a Channels Television’s programme, Politics Today, that the commission would monitor campaign finances, including the legitimacy of the funds used to purchase nomination forms ahead of the 2023 general elections.

Bawa said the commission would be working with INEC and other election-related organisations to track the sources of the money spent on the purchase of nomination forms.

He noted, “When it comes to the issue of monitoring election funds as well as candidates’ funds that has to do with the work of INEC in this regard. But, of course, we are working hand in glove with INEC and other related agencies in that field to ensure that we follow the money.

“We want to know the source, whether it is legitimate or illegitimate, because that is what concerns us.”

Findings by Saturday PUNCH, however, indicated that the agency had begun a forensic investigation and tracking of the finances of the political organisations and interest groups.

The EFCC, in a letter to the INEC Chairman, Prof Mahmood Yakubu, dated May 9, 2022, signed by its Director of Operations, Michael Wetkas, on behalf of the chairman, demanded a list of all political parties, their designated bank accounts and any other information that could aid its investigation.

“This request is made pursuant to sections 38(1) and (2) of the Economic and Financial Crimes Commission (Establishment) Act, 2004. While thanking you immensely for your continuous cooperation and collaboration, please accept the assurances of the chairman’s esteemed regards.”

The EFCC in another letter, also signed by the Head of Operations, informed the managing directors of Access Bank and Polaris Bank in Abuja that it was investigating 14 accounts of the two dominant parties.

Wetkas wrote, “The commission is investigating a case in which the above-mentioned account names and numbers featured.

“In view of the above, you are kindly requested to forward the certified true copies of the following: Account opening packages/mandate cards; statement of account from January 2021 to date (hard and soft copies). The soft copy should be copied to excel format and forwarded to cagomuo@effc.gov.ng.”

The letter also requested the certificate of identification pursuant to Section 84(4) of the Evidence Act, 2011. (The certifying officer should include his full name, designation, signature and date on each page). The commission also requested the banks to furnish it with any other relevant information that could assist the investigation.

Support groups may be probed for money laundering.

ABN TV gathered that the probe might also extend to the various support groups, which bought nomination forms for aspirants.

Our correspondent learnt that the EFCC was working on signals that the interest groups were being used to carry out money laundering activities.

For instance, a group known as the Association of Fulani-Almajiri, which is a northern group comprising nomadic pastoralists and Almajiri communities, on Monday obtained the N100m APC presidential forms for former President Goodluck Jonathan.

The group said it paid the exorbitant price of the forms with funds raised from the sale of cows to ensure that Jonathan, whom it described as the best President for Nigeria, returns to Aso Rock in 2023.

Also, a coalition of 28 groups, including the Youth Arise Movement, Nigerians in Diaspora, One Nigeria Group, Prudent Youth Association of Nigeria, as well as women groups and farmers reportedly procured the APC presidential forms for the President of the African Development Bank, Dr Akinwunmi Adesina, last Saturday in Abuja.

Similarly, the Tinubu Support Organisation procured the N100m forms for a national leader of the APC, Asiwaju Bola Tinubu. The leadership of the South-West Agenda for Asiwaju led the groups that picked the forms for Tinubu, who was at the time in Saudi Arabia for the lesser hajj.

The Director-General, TSO, Aminu Suleiman, said the groups paid for the forms because they were sure that Tinubu would win. “I, Hon. Aminu Suleiman would like to officially state that I have signed a cheque to the tune of 100 million naira for the purchase of nomination and expression of interest forms for our leader @officialABAT. God bless,” he tweeted.

No fewer than 28 aspirants bought the APC presidential forms, which closed on Friday.

The trend of groups purchasing forms for aspirants did not start this year. In 2018, the Nigeria Consolidation Ambassadors Network purchased the N45m presidential form of the APC for the President, Major General Muhammadu Buhari (retd.), when he was gunning for a second term.

In the PDP, no fewer than 17 aspirants purchased the party’s N40m forms, two of whom were screened out.

Also in the race are former Vice-President, Atiku Abubakar; a former Senate President, Bukola Saraki; a former Ekiti State governor, Ayo Fayose, and the only female presidential aspirant in the party, Teriela Oliver.

When asked to respond to the ongoing probe, the spokesman for the APC, Felix Morka, said he was in a meeting and promised to speak later. He had yet to respond to a text message sent to him on the issue as of the time of filing this report.

The PDP National Publicity Secretary, Debo Ologunagba, declined comment, saying he was not aware of the EFCC investigation. “I’m not aware of it and I don’t want to comment on it,” he said on the telephone on Friday.