Home WORLD Foreign After 43 Years In Office, Obiang Wins By 94 Percent As President... 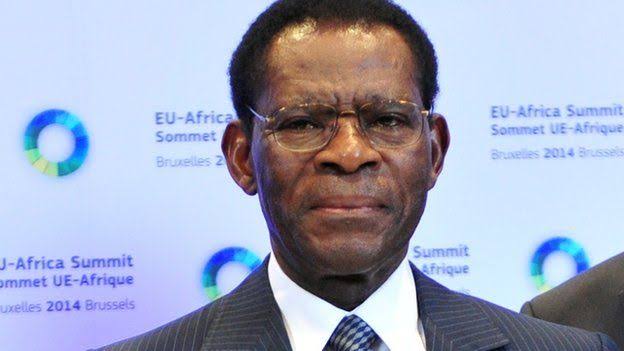 President of Equatorial Guinea Teodoro Obiang Nguema Mbasogo has won his re-election bid for a sixth term as president of the West African country.

Obiang received 94.9% of the votes cast, election officials announced on Saturday, putting turnout for the vote at 98%.

The two opposing candidates, Andrès Esono Ondo and Buenaventura Monsuy Asumu, each received around 9,700 and 2,900 of the approximately 413,000 votes in Equatorial Guinea.

The 80-year-old has been in power for 43 years — the longest rule of any leader alive in the world today except monarchs.