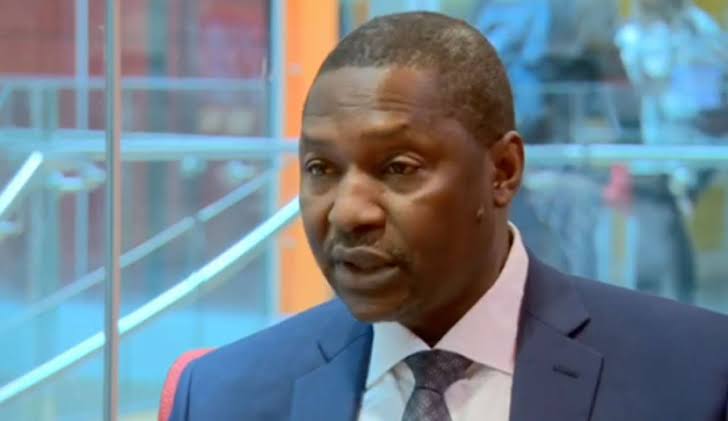 Minister of justice and attorney-general of the federation (AGF), Abubakar Malami has stated that he has not been hospitalized in recent days.

There were unconfirmed reports on Wednesday that he had been hospitalized.

Umar Gwandu, the AGF’s spokesperson while addressing journalists on Thursday said the minister has been “active, agile and working”.

“Contrary to what you heard, it is a busy day for the honourable minister. He has been receiving briefings from the permanent secretary, directors in the departments, and heads of units. He has not been admitted anywhere,” Gwandu said.

“You see the man erect, agile, standing, active, working, treating files, attending to people, attending meetings, and the rest. So, that information is fake.

“There are so many fake reports about him. There was a time they said he collapsed. They just want to use the opportunity to create confusion and the moment somebody publishes it, other useless papers will start sharing.”

When asked if he was at any point admitted to the hospital on the grounds of his health, the AGF said he had only “been admitted in the office of the attorney-general, and not a hospital”.

Recall that the AGF had, on April 28, declared his intention to contest the Kebbi governorship in the 2023 general election.

Meanwhile, although a few persons have resigned — including Chukwuemeka Nwajiuba as minister of state for education, Godswill Akpabio as minister of Niger Delta affairs, and Ogbonnaya Onu as minister of science and technology — Malami is yet to resign.