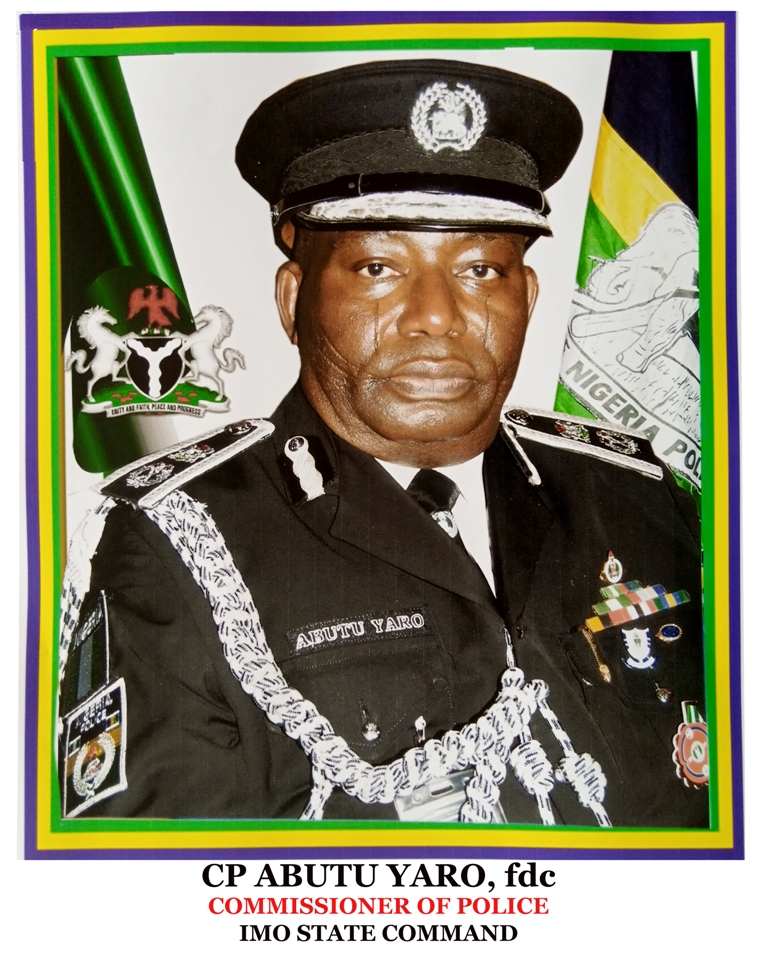 CSP Mike Abatam, SA Media to the Commissioner of Police in Imo state, CP Abutu Yaro in a statement on Saturday said such returns should made to the nearest Police Station or to the State Police Headquarters Owerri, Imo State commencing from Friday, 18th of June 2021 to Wednesday 30th of June 2021, unfailingly.

The command cautions that any defunct Imo Security Guard personnel who refuses to return his arm within these stipulated dates will attract severe consequences.

Also, the command announced that on the 17/6/2021 at about 0300hrs, (3pm) Tactical teams of the Command through diligent and painstaking investigation and surveillance exerted a hot pursuit of suspected criminals that stole a vehicle belonging one Mr Chibuzor Ohamairo ‘m’ of Umuhia Abia State but resident at MCC Umuoba Uratta in Owerri North LGA of Imo State.

According to Abatam, the suspected criminals abandoned the vehicle in the bush and took to their heels where the Police recovered the vehicle in Imo River Obowo Local Government Area of Imo State.

He said further investigation is still ongoing while efforts are been made to apprehend the fleeing suspects.

He added that the command arrested a notorious criminal suspect who allegedly took part in the attacks at Imo State Police Command Headquarters and Correctional center Owerri early this year.

“Following a reliable information, Tactical teams of the Imo Command stormed the hideouts of a notorious suspected criminal along the Owerri Nekede Axis where one Godwin Chukwuemeka AKA “Match and Die” ‘m’, 35years old was arrested inside the ceiling compartment of his residence.

“The suspect is alleged to be a dismissed Soldier of the Nigeria Army. On interrogation, he confessed to be part of the hoodlums that attacked the Imo State Police Command Headquarters and Correctional center Owerri early this year. Meanwhile the following items were recovered from the suspect:

“The Commissioner of Police urged the officers and men of the command to sustain the tempo of the moment. He commends the good people of the state for their undaunting support and solicits for an all society approach to improve security in the state” he said.