Veteran actress, Rita Edochie, has taken to her Instagram account to react after the death of popular comedienne, Ada Jesus.

The actress, who had an altercation with the comedienne before her death, posted a video showing a choir singing and rejoicing, chanting “Jesus is Lord”, and used the chant as the caption of the post.

She posted two other videos consecutively. One was a five-minute video that showed a pastor preaching, which she captioned “Jeeeeesus is Lord forever. Lord almighty made me a strong woman and that I will remain. The seed cannot be killed.” (sic)

The other video showed a woman singing, which she captioned “Lord have your way in my heart”. The altercation that ensued between Edochie and Ada Jesus was due to the claims the late comedienne made, alleging that Anambra-based prophet, Chukwuemeka Odumeje, connived with Rita Edochie to stage fake miracles.

Ada Jesus further alleged that she helped Edochie get men to sleep with her.

However, months after she made the allegations, Ada Jesus was diagnosed with a kidney problem that left her incapacitated. She began pleading for forgiveness from people she had offended through her utterances, including the actress and Edochie vowed never to forgive the skit maker for her utterances. It was reported that in the presence of church members and Ada Jesus’ family, she stated that the sick comedienne would never recover from her illness because of the lies she told against her.

Also, the prophet vowed never to forgive the comedienne.

Odumeje also reportedly contributed N1m towards the treatment of the late comedienne, saying he had forgiven her.

However, fans of the late comedienne are not having it as they thronged Edochie’s Instagram page to lash her for the videos she posted. 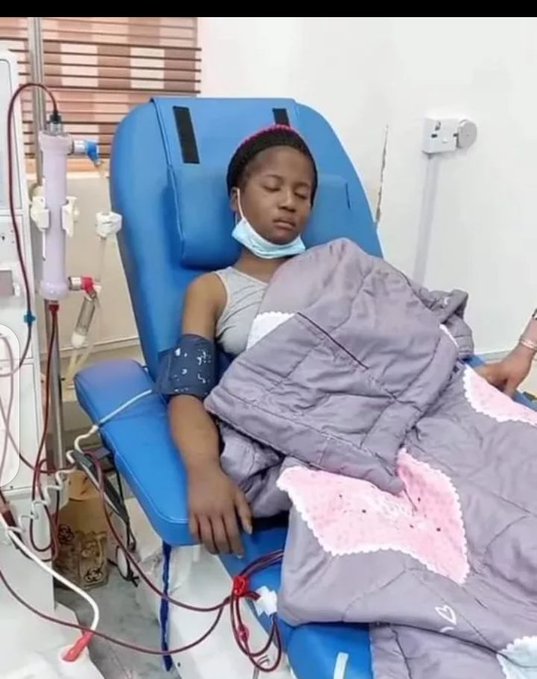 Another person, @drsoft_e, said, “Sure! Jesus is Lord. But let me remind you that death is inevitable. Ada just had her share; the remaining is for us. How and when it will come, you know not. So, don’t fool yourself. We are all a step closer to our graves. Jesus will remain Lord. Shame!”

“I Feel Like Committing Suicide” – Uche Maduagwu Cries Out