Prof. Patrick Okedinachi Utomi, Patito’s Gang Television Anchor, has called on the Military, Paramilitary, and other Security Agencies in the country to patronise the Enyimba Automated Shoe Company. 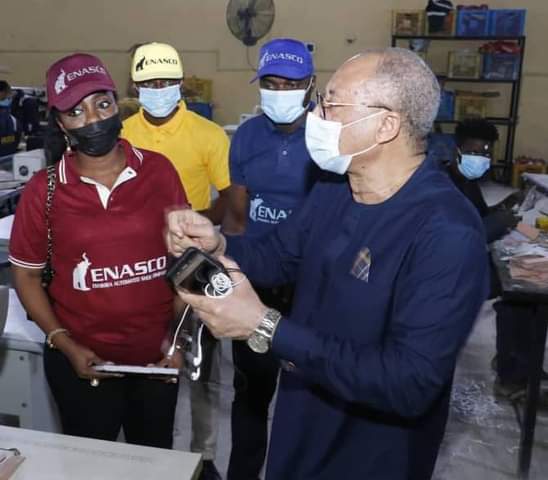 Prof. Patrick who stated this during his inspection visit at the Enyimba Automated Shoe Factory, Aba in Abia State expressed satisfaction with the level of ongoing work at the factory.

The Professor of Political Economic and Management Expert was led to the factory by the Commissioner for Information, Chief John Okiyi Kalu.

In his final speech, the Patito’s Gang Television Anchor, Prof. Patrick, applauded the efforts of Governor Okezie Ikpeazu for establishing ENASCO, he encouraged ENASCO to export her products to other West African countries and beyond and he also added that constant production of shoes will help grow the Internally Generated Revenue IGR both in the State and Country at large. 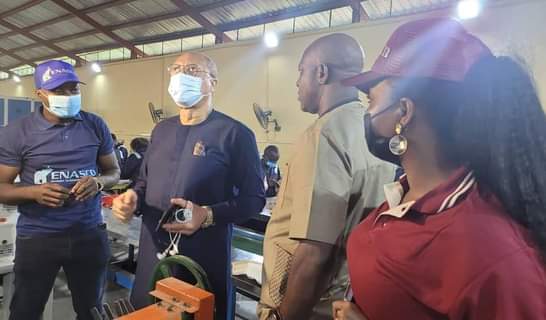