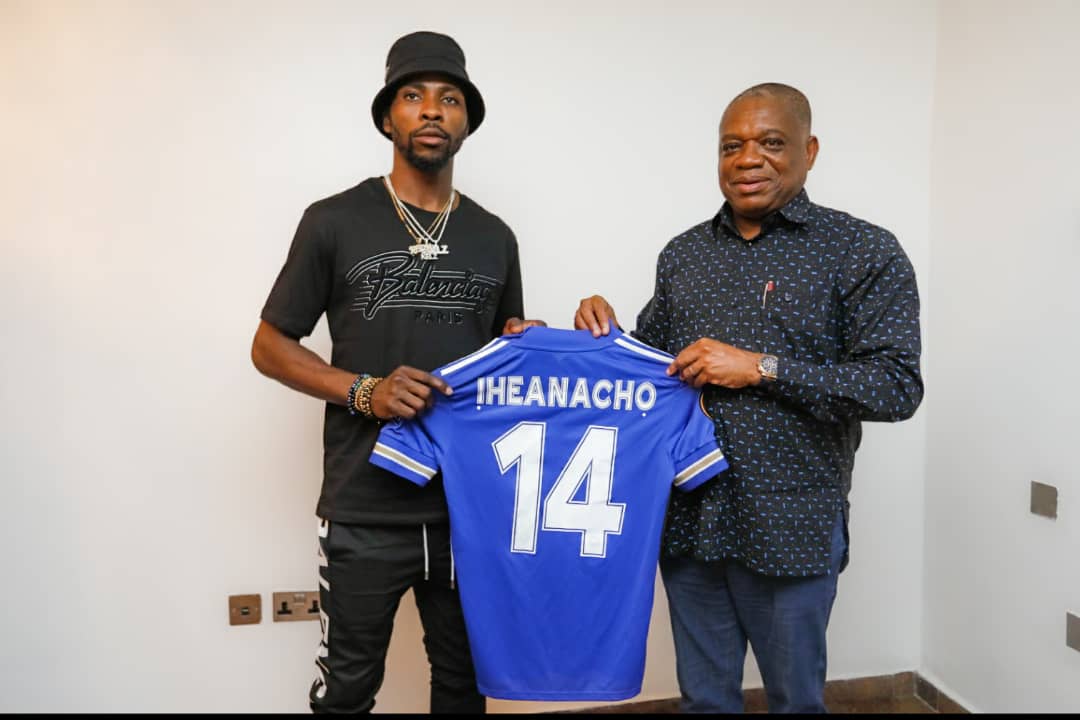 The Chief Whip of the Senate and African Pillar of Sports, Dr Orji Uzor Kalu played host to Nigerian Professional Footballer and Premier League’s Leicester city Star Kelechi Iheanacho, who paid him a courtesy visit at his Abuja home on Wednesday evening. 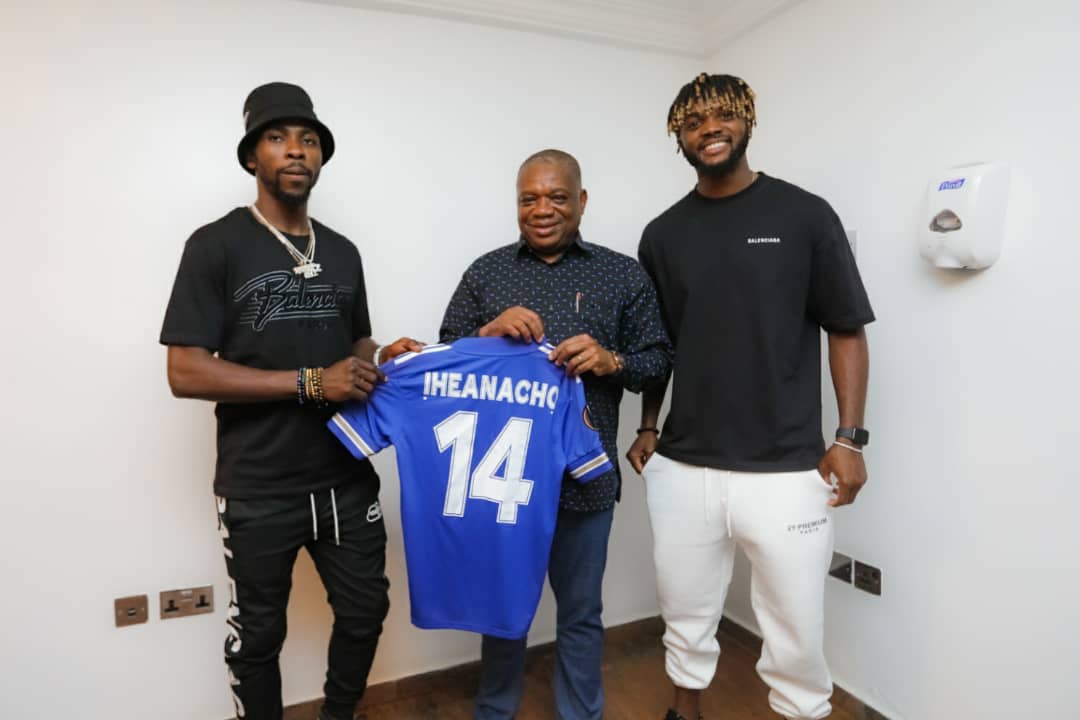 The Super Eagles striker who won the FA Cup title with Leicester City after beating Chelsea in the final arrived at Senator Kalu’s home with his long entourage which had the company of his fellow national team mate, Chidozie Collins Awaziem who plays for Portuguese club Boavista FC.

Kelechi was warmly received by Senator Kalu and was ushered in for a very light reception.

Senator Kalu widely known sports enthusiast having led the Enyimba Football Club to win the coveted CAF Champions League in 2003 and 2004 as Governor of Abia State.

Kalu congratulated Kelechi And his fellow Team mate Wilfred Ndidi who was in absentia for winning the FA Cup title and also breaking other football records.

The duo celebrated the title victory in style wrapping the flag of Nigeria around him, much to the delight of his supporters in the country.

Sharing his words of advice, the former Governor urged the football stars to be disciplined and remain humble in their careers, Kalu led them on discussions centred on business and other grey areas.

The visit was concluded with the Presentation of special football jerseys to Senator Kalu and photograph sessions.