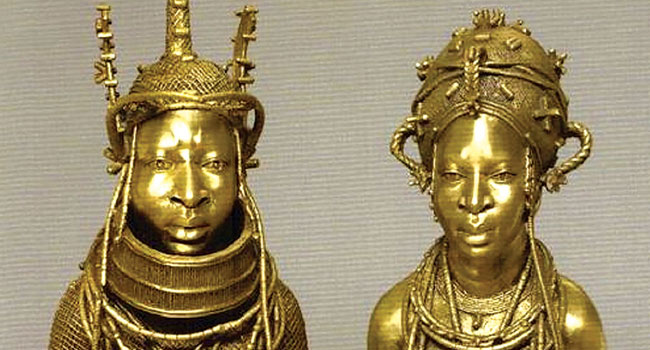 Germany has agreed to return all Benin artefacts by 2022.

The artefacts are those taken from the Benin Royal Court following the British incursion in 1849.

This was announced on Tuesday at a press briefing in Abuja, the nation’s capital.

The event was attended by the Minister of Information, Lai Mohammed; Edo State Governor, Godwin Obaseki; and the German delegation.

At the meeting, the German Director-General Culture and Communication, Dr Andreas Gorgen said Germany acknowledges that Nigeria has suffered a loss.

He said Germany is on a restitution mission to Nigeria, to return all artefacts taken from the Benin Empire.

The artefacts are to be returned to Benin, Edo State capital.

Attack On Our Offices, A Big Threat To Readiness For 2023 Elections – Says INEC