Former Minister of Aviation, Femi Fani-Kayode has reacted to his reported arrest by the Economic and Financial Crimes Commission EFCC, saying he was never arrested but only invited by the anti-graft agency. In his verified Facebook page on Tuesday, the APC chieftain also said officials of EFCC were polite and professional while dealing with him.

He says he has been granted bail on self recognition. 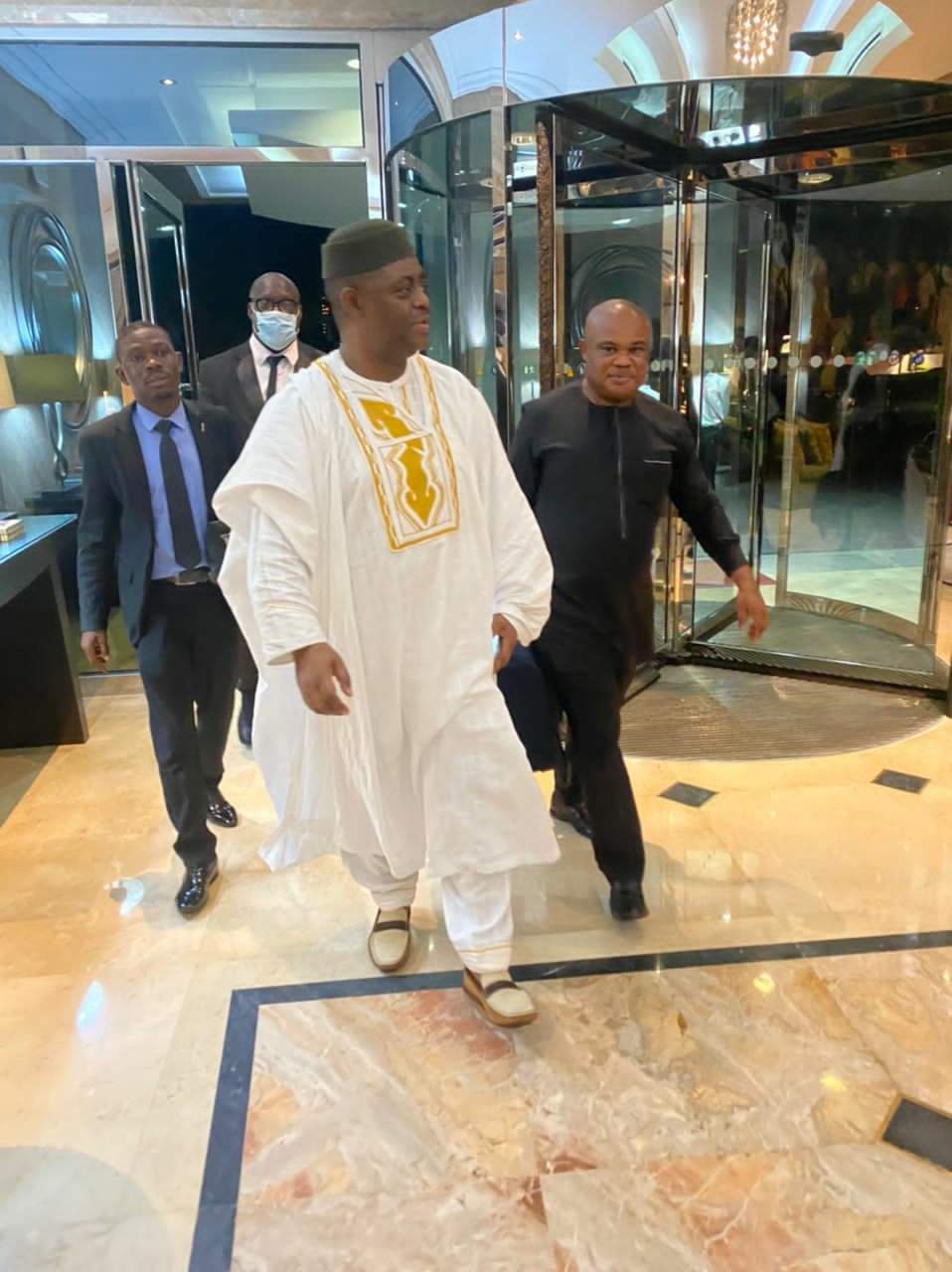 “Just arrived at the George Hotel for dinner. I was never arrested by the EFCC. I was invited & I flew down to Lagos to see them. I arrived in their office at 2.00pm & left at 8.30pm. I was granted bail on self recognition. They were very polite & professional. Thanks be to God” he said.

ABN TV reports that officials of the anti-graft agency confirmed that Fani-Kayode was invited to answer questions relating to the forgery of a medical report which he allegedly procured to evade his trial before a Federal High Court in Lagos.

Fani-Kayode is standing trial on an alleged N4.6 billion fraud before Justice Daniel Osiagor of the Federal High Court sitting in Lagos.

The EFCC had charged him alongside a former Minister of Finance, Nenadi Usman, and two others on 17 counts of conspiracy, money laundering, and fraud.

At the last sitting of the court on October 13, the judge had imposed a cost of N200,000 on him due to his failure to appear before the court for his re-arraignment following the transfer of the former trial judge, Justice Rilwan Aikawa.

He was ordered to pay the fine or stand the risk of having his bail revoked after he failed to appear before the court for his re-arraignment.

Related Topics:EFCCFemi Fani-KayodeI Was Never ArrestedI Was Only Invited By EFCC
Don't Miss