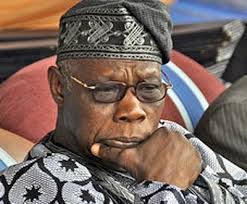 The gunmen reportedly abducted the workers at Obasanjo Holdings, Kobape, Obafemi-Owode LGA of the state.

“They were abducted around 4pm at Seseri village after their Hilux car was shot at by the gunmen, who took them away.”

He said, “It happened today (Wednesday) around 6pm. There is Obasanjo Farm around the area in Kobape.”.

I Meet Bandits ‘On Behalf Of Nigerians’ – Sheikh Gumi [VIDEO]