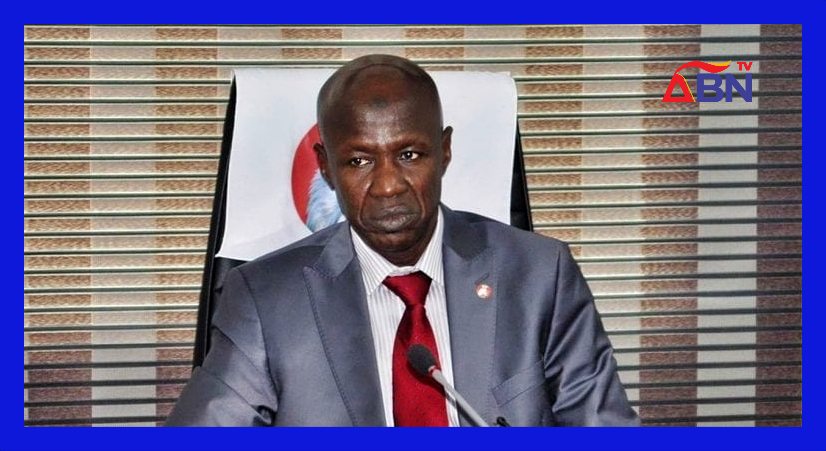 Former chairman of the Economic and Financial crimes commission, EFCC, Ibrahim Magu is being considered for promotion to the rank of assistant inspector-general of police by the Police service commission, (PSC).

Magu who was unceremoniously removed as chairman of the commission last year after facing a presidential panel over accusations of fraud, embezzlement, and abuse of office, maybe promoted by the commission, an act that has generated concern in the Presidency.

ABN TV learned that the move by the PSC worries the Presidency as it may be viewed as a ‘reward’ to Magu despite a damning report submitted by the investigative presidential panel setup to probe him.

This newspaper recalls that the Panel led by Justice Ayo Salami, found Magu wanting and recommended his sack. The panel stated that the ex-anti graft boss could not properly account for “N431 million in security votes and Information funds released to the office of the Executive Chairman of the EFCC between November 2015 and May 2020”.

According to Cable, Magu was also indicted for the “disappearance of evidence, stoppage and suppression of cases under investigation and prosecution, and omitting to arrest suspects”. The panel referenced the cases of four governors, an ex-deputy Senate President and a former MD of PPMC.

On July 7, 2020, Magu was arrested and detained for over 48 hours before subsequently being suspended from office.

So far, only a few recommendations expressed in the panel’s report have been implemented since last year November when it was submitted to the President. Little is currently known of Magu as he has since been lying low and is said to be in the good books of PSC chairman, Musiliu Smith.

There is concern amidst officers in the commission that Magu was not properly held to account for his actions.

ABN TV recalls that the former chairman’s troubles began after a petition was submitted against him to the President, Muhammadu Buhari by the Attorney General of the federation, Abubakar Malami.