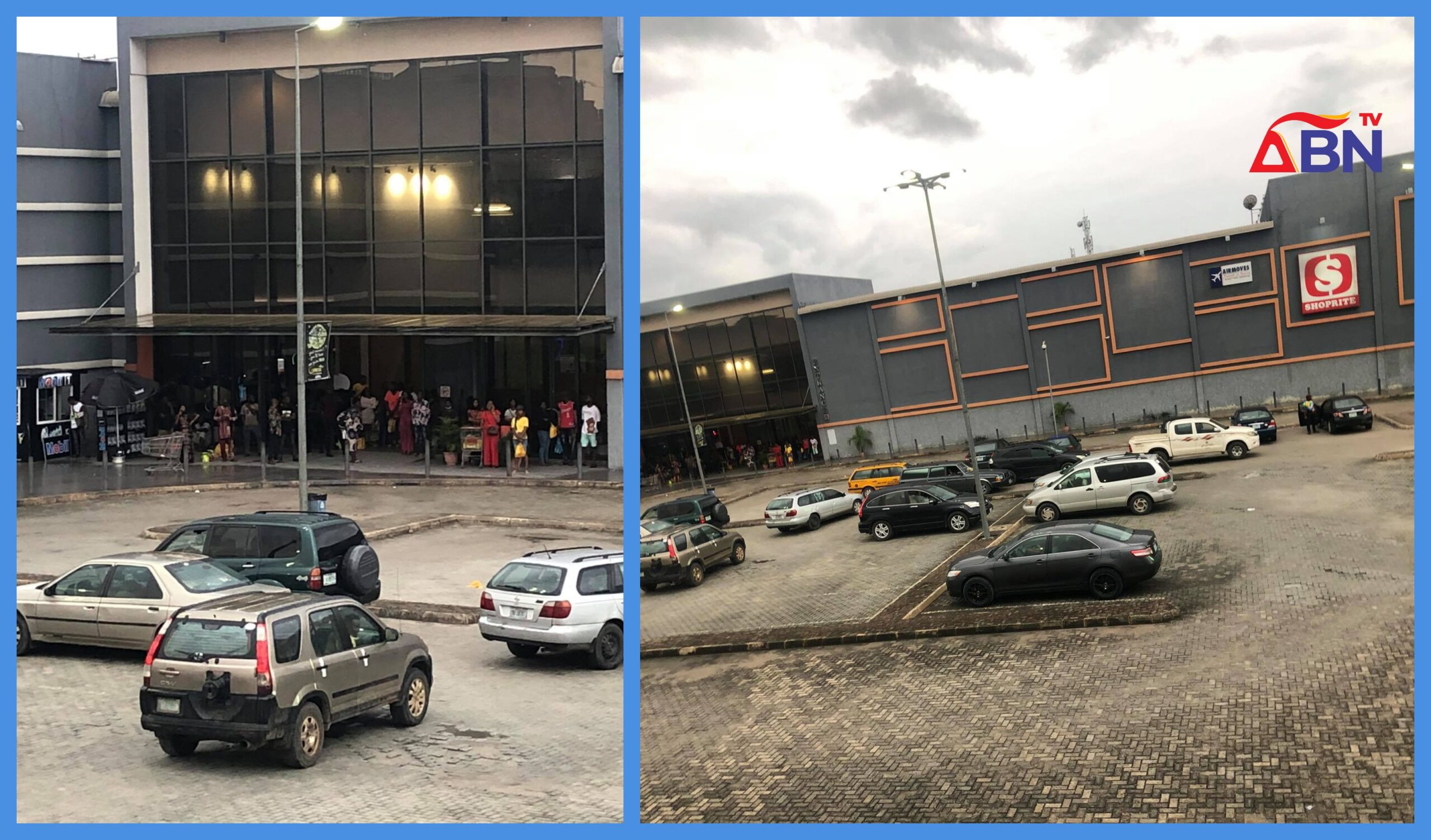 It was an atmosphere of anger and rage as soldiers on Tuesday locked customers inside a popular shopping outlet, Shoprite located in Umuahia, Abia State capital.

A source who spoke to ABN TV on the condition of anonymity explained that trouble started when unidentified soldiers in mufti parked their RAV 4 vehicle at the parking lot of the outlet and went inside for shopping.

Upon return, they raised alarm, claiming that their vehicle has been vandalised and their money is taken away from where it was kept.

Angered by the development, they sought for assistance of their colleagues who immediately besieged the shopping outlet with a Toyota Hilux vehicle carrying about 6 soldiers and locked up customers, preventing entry and exit from Shoprite.

They insisted on having access to the CCTV footage to enable them to study how the money allegedly got missing.

They were later said to have freed the customers and left the area.

ABN TV gathered that this treatment did not however go down well with the customers who have threatened a protest over the action of the security agents.

As at the moment of this report, mobilisation of members of the public was allegedly ongoing to stage a peaceful protest.

All efforts by ABN TV to reach the Nigeria Army authorities in Abia for a comment proved abortive.