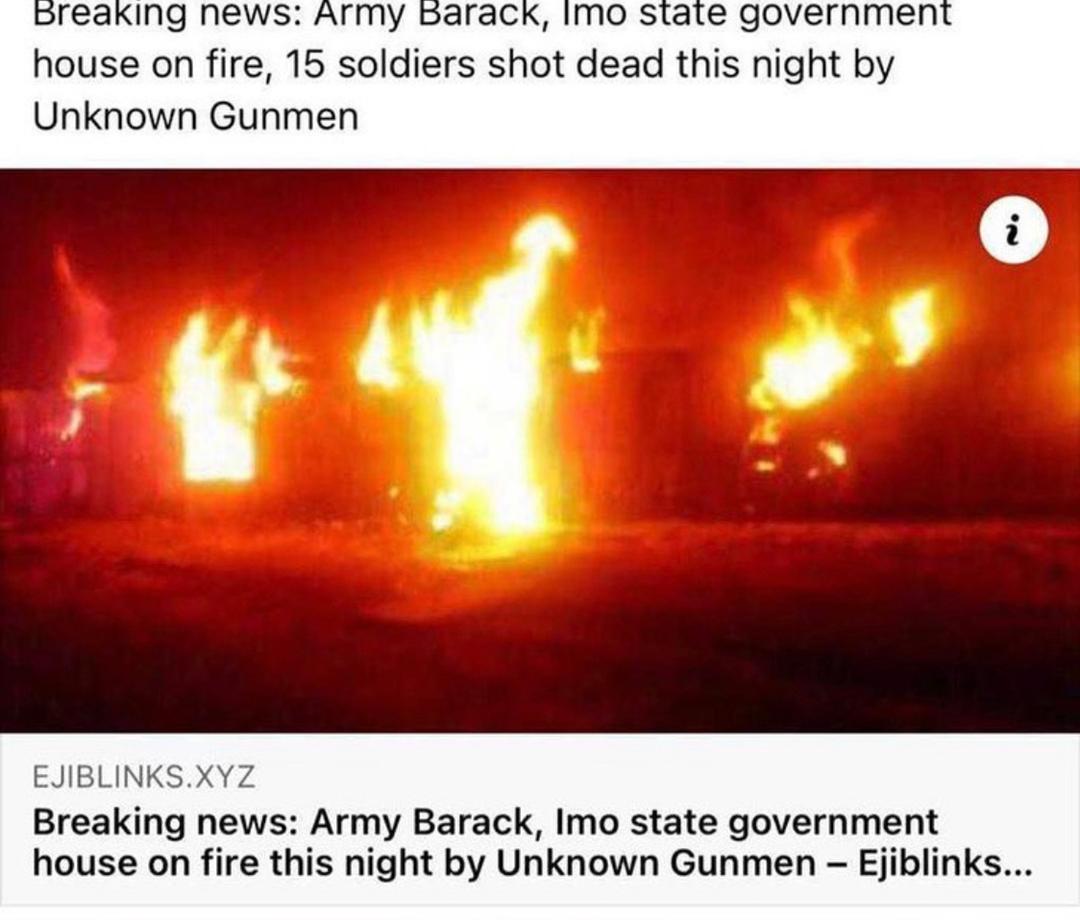 Imo State Police Command has denied news-making rounds that an Army barracks and the state Government House were attacked, which allegedly led to the death of fifteen soldiers, describing it as a figment and imagination of the author.

The Command while insisting that there was no such attacks in the places mentioned it assured members of the public to disregard the news, adding that it is handiwork of mischief makers and budging conflict entrepreneurs, it says in a statement.

“The Commissioner of Police, therefore, warns the public to be wary of such posts, as it is aimed at causing palpable tension, as well as instilling fear in Imolites. It furthers warn mischief makers to desist from such fake alarms/news , else they face the wrath of the law.

“In the meantime peace is largely restored to Imo state and business entities, especially nightcrawlers and hospitality patrons to feel free, come out en masse in pursuit of their regular pleasure” it concluded.