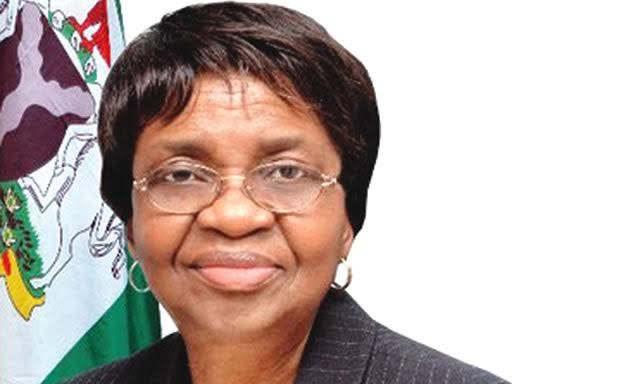 National Agency for Food and Drug Administration and Control, NAFDAC said it has destroyed unwholesome foods, falsified medicine, and expired products worth over N500 million in the northeastern part of Nigeria.

NAFDAC Resident Media Consultant, Sayo Akintola in a statement on Sunday quoted Prof Adeyeye as saying that the exercise was in line with one of the Agency’s strategies aimed at eradicating incidences of reintroduction of fake drugs and other seized spurious or and unwholesome NAFDAC regulated products from the Nigeria market.

Adeyeye made the assertions in Gombe State at the North East Zonal destruction exercise of fake, counterfeit, substandard, expired, and unwholesome products by the Investigation and Enforcement (I&E) team of NAFDAC.

According to the statement, the products destroyed were made up of substandard and falsified medicines, unwholesome processed food products, unsafe cosmetics, and other counterfeit regulated products seized from importers and manufacturers by various NAFDAC establishments in the North-Eastern part of the country.

Also included in the exercise were expired, NADAC regulated products voluntarily handed over to the Agency by complaint companies, including GSK Pharma, Ogba, Lagos, and non-governmental organizations within the zone.

Adeyeye who was represented by the NAFDAC’s Bauchi State Coordinator, Dayilim Josephine said the estimated street value of the products destroyed was N515, 732, 587.

The products destroyed included various quantities of medicines such as antibiotics, herbal remedies, psychoactive, and anti-diabetic.

Foods such as Noodles, palm oil, vegetable oil, ogogoro (local Gin) non-alcoholic beverages, sachet water amongst other were parts of the products destroyed.

Cosmetics such as creams, pomade, and chemicals such as fake insecticides, fertilizers were also destroyed. Medical devices such as disposable syringes, I.V given set, and PPE as well as imported falsified packaging materials for counterfeiting various NAFDAC regulated products.

Adeyeye expressed her happiness that the products destroyed could have found their way back to the markets with the resultant consequences.

Adeyeye stated that while the country and indeed the world is battling with the COVID-19 pandemic, it is important for her to reiterate to the members of the public the presence of counterfeit COVID-19 vaccines in the African continent.

‘’The public must be on the lookout for those spurious and counterfeit vaccines and other regulated products.”

“NAFDAC on its own part will ensure continuous surveillance of those products and we shall continue to enforce the regulations governing these products in Nigeria.” She added.

Adeyeye assured the general public of continued NAFDAC collaboration with other agencies and stakeholders in ensuring that the prescribed standards of identity, safety, quality, and efficacy of regulated products are met.

She further commended the collaborative efforts of sister agencies like Standard Organisation of Nigeria SON, NDLEA, DSS amongst others towards the realization of NAFDAC’s mandate of ridding the nation of counterfeit products that are inimical to the health and wellbeing of the Nigerian populace.

In their goodwill messages delivered by the Gombe State NDLEA Commander, Mrs Sylvia Eqwunwoke, Gombe State Standard Organization of Nigeria SON Coordinator, Mrs James Danlami Yakzum, and representatives of the state director of DSS and Commissioner of Police respectively, NAFDAC was commended for its untiring efforts to sanitize the country and rid it of products that could endanger lives of members of the public.

The various agencies, however, pledged their unflinching support for NAFDAC in its efforts to safeguard the health of Nigerians.

The formal setting ablaze of the heap of items was jointly performed by a representative of NAFDAC DG, Mrs Dayilim Josphine, Gombe State NDLEA Commander, and Gombe State Coordinator of SON, Mrs James Danlami Yakzum amongst others.