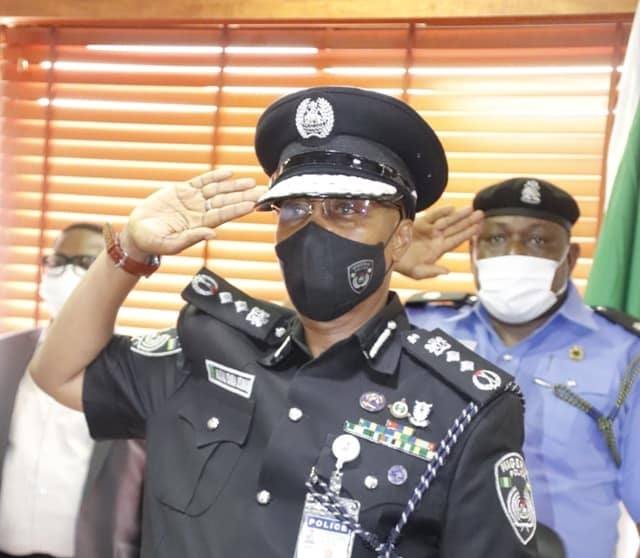 The newly appointed Acting Inspector-General of Police, Usman Alkali Baba, has promised an improvement in the security situation in Nigeria.

Baba was yesterday appointed by President Muhammadu Buhari following the sack of his predecessor, Adamu Mohammed.

He assumed the role today after a ceremony in Abuja in which he was decorated by VP Yemi Osinbajo.

“I have been a member of the management team. We have tried to do our best, but it’s not enough. There is room for improvement.

“Nigerians should expect improvement in the security situation. And Nigerians should also collaborate and cooperate with us. With all the inadequacies we have, we still require everybody to be part of policing in this country.”

The new police boss acknowledged the yearnings of Nigerians and promised to build a force with human rights at heart.

He stressed that his appointment comes at a time when terrorism, kidnappings, banditry, and secessionist agitations are threatening the nation’s security.

“Much as the challenge of leading the force to address these threats in the shortest possible time frame, restore security order, and return our beloved nation to the path of national unity may appear daunting, I am inspired by the fact that from my extensive years of service, I can confidently say that the Nigeria police is endowed with some of the finest, courageous and patriotic officers who, undoubtedly, shall support me to advance the internal security vision of Mr. President,” he said.

He added, “I am also encouraged by the fact that the outgoing IGP has laid a solid foundation and entrenched a culture of professional efficiency in the Force. These will stimulate me in my capacity as the new acting IGP, to strengthen our strategies and provide the requisite leadership that will change the narratives in relation to our operational approach to the current security threats.”

How Troops Rescued 5 of Abducted Kaduna College Of Forestry Students