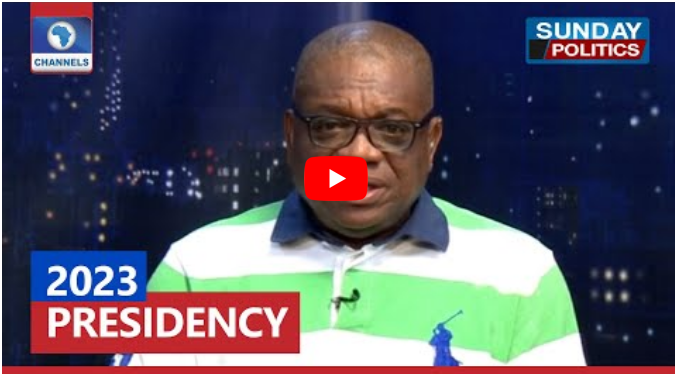 Senate Chief Whip, Sen. Orji Uzor Kalu on Sunday declared that he has no ambition to gun for the number one job in the country, ABN TV reports.

He however said if fate places the responsibility on his shoulder, he would not hesitate to accept it.

“I am not having that kind of ambition,” the former Abia State governor said in an interview on Channels Television’s Sunday Politics. “But if I am given, why not? I can take it.”

There have been prophecies from some clergymen that the 61-year-old will be Nigeria’s next president, but Kalu who dismissed them citing his religious beliefs, admitted that he is capable of leading the nation.

“I am a Catholic. In the Catholic church, we don’t see visions. Well, if visions are being seen, and people say this and that, if it is the will of God that I will become president, why not? I am very capable mentally and otherwise to do whatever Nigerian people want me to do but not through prophecy,” the lawmaker noted.

And as the country prepares for the next presidential election in 2023 with calls for the seat to be zoned to the Southeast, the former Abia State leader has restated that it is the turn of the region to be in Aso Rock.

“I believe if Nigerians and the Nigerian people want to be fair, a Southeast president from Igbo extraction will be the next thing to do,” he explained.

“I tried to speak to the governor this morning. I sent him a text to tell him that I stand by him because this is very barbaric,” he stated while not ruling out the possibility that the attack was masterminded by politicians. “Whoever did that is very barbaric and is not an act the country should take likely.”

God Has A Promise For Nigeria – VP Osinbajo