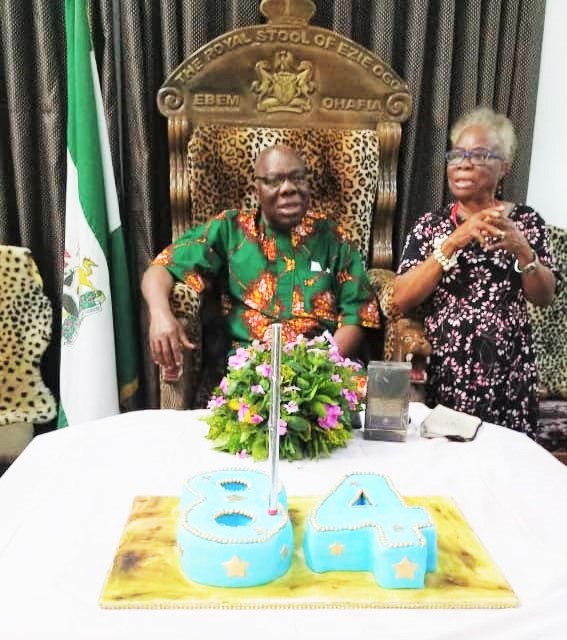 In a congratulatory message on Tuesday to celebrate the Royal Father, Mr. Okali noted that Eze Ukoha has demonstrated a high sense of connection with his people by soliciting for their development and welfare at all times.

He further noted that his kingdom has remained in peace on the account of the maturity and wisdom which the traditional ruler has deployed through God’s guidance in entrenching a sense of fairness and justice among his subjects.

While stating that Eze Ukoha has remained a model to many through humility, love, truthfulness, and care for his people, Mr. Okali prayed God to endow him with good health, more wisdom, and means to continue being an asset to the people of Ebem Ohafia and Abia in general.