The people of Umueledi autonomous community in old Umuahia, Umuahia South LGA, Abia State have protested against what they call crazy billing by officials of Enugu Electricity Distribution Company (EEDC) by tying palm fronds to a coffin, ABN TV reports. 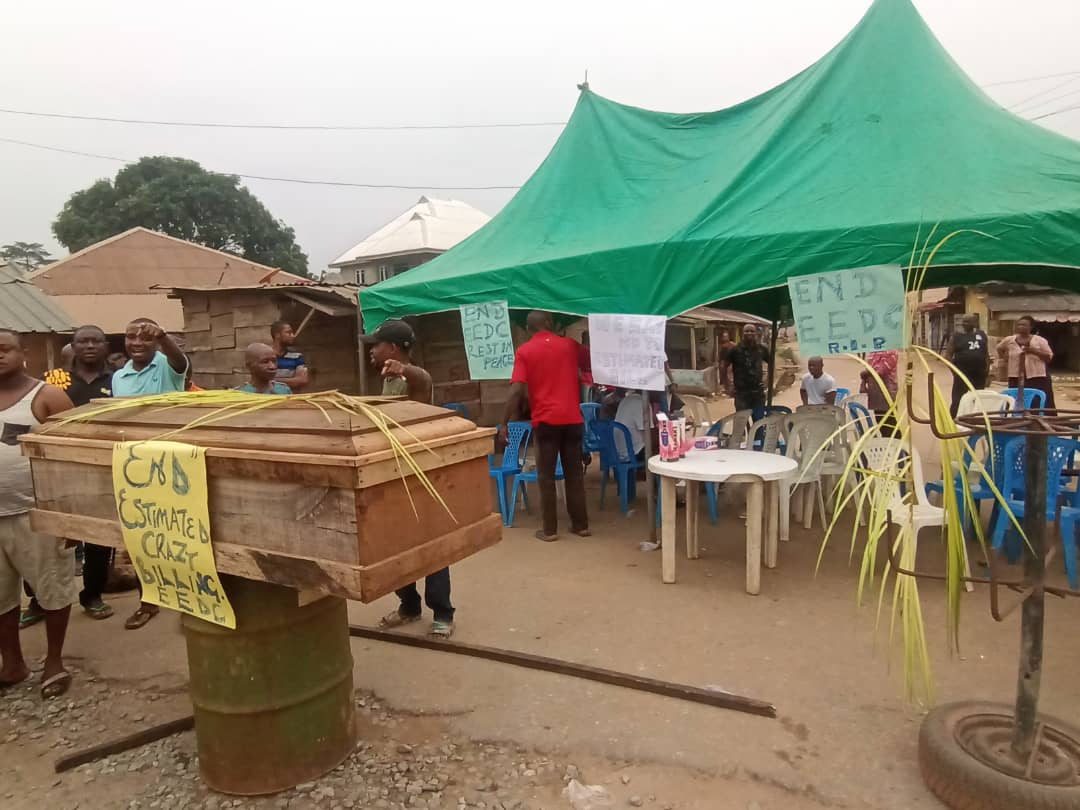 Members of the community who besieged the Umuahia zonal office of the company also dumped the coffin at the gate of the electricity distribution company, preventing staff from gaining entrance into the premises.

Speaking with ABN TV on Tuesday, one of the protesters who gave his name as Onyemaechi Stanley said they can no longer cope with the outrageous billing where each household receives a bill of about N35,000 without commensurate supply.

While maintaining that the minimum wage is less than the bill they are being served, they wondered the yardstick with which EEDC arrived at the amount served them monthly.

According to Mr. Stanley, the community had made a payment amounting to N700,000 which he said the EEDC officers are not considering. The community vowed that they are not ready to remove the coffin until EEDC yields to their demand of reducing the bills or providing them with meters to ascertain their consumption.

All efforts by ABN TV to reach the PRO Umuahia zonal office of the EEDC proved abortive.