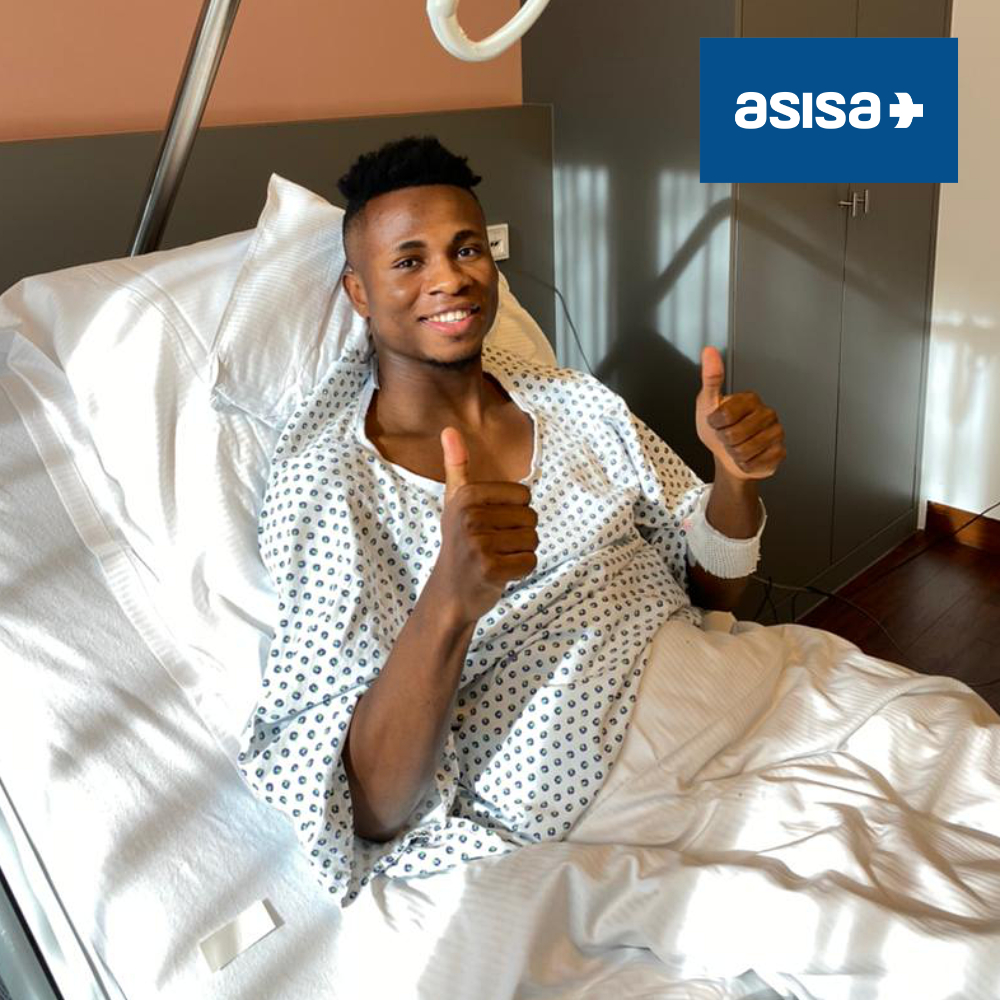 Nigeria international Samuel Chukwueze has undergone successful surgery on his groin at a facility in Munich, Germany, ABN TV reports.

The Villarreal star aggravated the injury during the Yellow Submarine’s 4-0 triumph at Celta Vigo in a Spanish top-flight game – having replaced French midfielder Etienne Capoue in the 66th minute.

Subsequently, he has been out of action for Unai Emery’s team – missing fixtures against Tenerife, Granada, Huesca, Girona, Real Sociedad, and Levante.

“Samuel Chukwueze, who has been out injured receiving treatment for discomfort in his groin, has undergone surgery this morning [Thursday] by Doctor Ulrike Muschaweck in Munich, hoping to definitively relieve him of the said pain,” a statement from the club website read.

“Both footballers’ recovery time will depend on how they progress.”

Hope to see you back soon! 💪

Chukwueze, who has featured in 17 Spanish top-flight games in the 2020-21 campaign with a goal to his credit recently became the youngest centurion for the Estadio de la Ceramica side.

The 2015 Fifa U17 World Cup winner reached this hallowed rank having featured for Villarreal in their 4-1 triumph over Zamora in a Copa del Rey encounter on January 5, 2021.

At 21 years, seven months, and 11 days, he shattered the record set by Argentina international and AC Milan center-back Mateo Musacchio who reached the centenary mark aged 21 years, 11 months, and 20 days.

The Super Eagle joined the Spanish side from Diamond Football Academy following his spectacular performances in Chile. There, he helped Emmanuel Amuneke’s boys emerge as winners of the cadet world championship.

In that tournament, he was named the third-best player behind Johannes Eggestein and compatriot Victor Osimhen.

As he steps up his recovery, Chukwueze will miss few games as Emery’s side continues their chase for their first La Liga title ever. They are currently fifth in the log after accruing 35 points from 21 games.