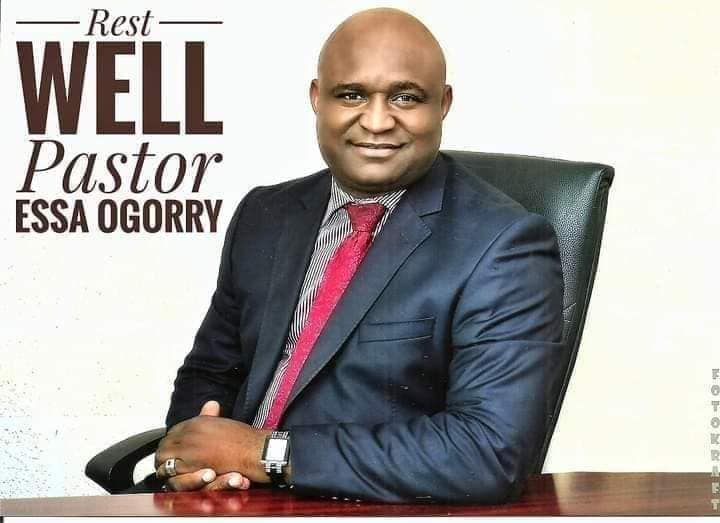 According to reports shared by many sources on social media platforms, Pastor Essa Ogorry of Fulfilling Word Foundation in Port Harcourt has died of a yet-to-be confirmed cause.

Recall that Pastor Essa Ogorry had gone viral on the 6th of February after he cancelled a couple’s wedding in his church after the couple arrived church 5 minutes late.

One of the reports stated that the pastor who had also celebrated his birthday on the 9th of February was looking fabulous and sound before his death exactly one year after the death of his wife.

One of the reports circulating on social media reads:

Pastor Essa Ogorry of Fulfilling Word Foundation Church is dead. He died earlier today. The man of God went viral recently when he cancelled a wedding in Port-Harcourt because the groom reportedly arrived late. Meanwhile, his wife died on the 16th of February 2020. He died exactly same day a year after his wife’s death.

Another Facebook user identified as Mike Cassidy believed to be one of Pastor Essa’s church members, also shared a video of the pastor and wrote:

It will never be easy to say goodbye,…Thank you for been so pure and authentic. The brethren and I grieve your passing- with a sadness that cannot be described, but thank God for this message. I put it here on social media/Facebook and in all our platforms as a tribute to your blessed assurance and confidence in Jesus Christ, our Chief Shepherd and also your legacy of Faith- 😢😭😭😭. Journey on Brother – Rev. Essa Ogorry. 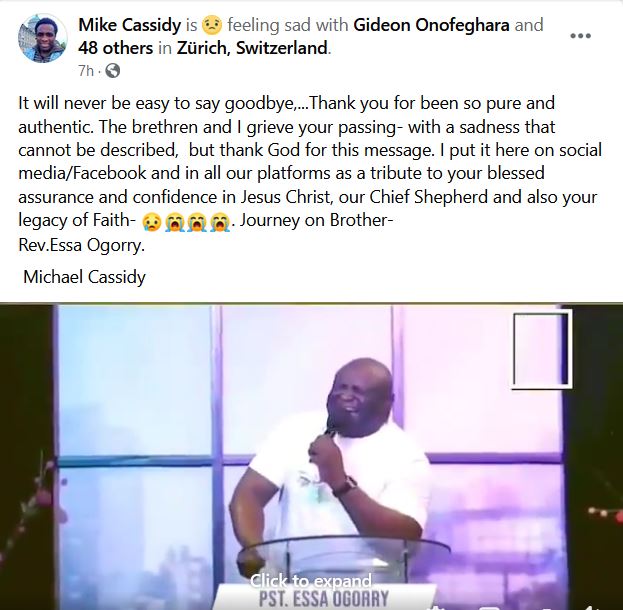 Related Topics:Fulfilling Word FoundationPastor Essa OgorryPastor Who Refused To Wed Couple Few Days Ago After They Came 5 Minutes Late Is DeadPort Harcourt
Up Next

Our Constituents At The Mercy Of Criminal Elements, Onyejeocha, Hon. Kalu Weep