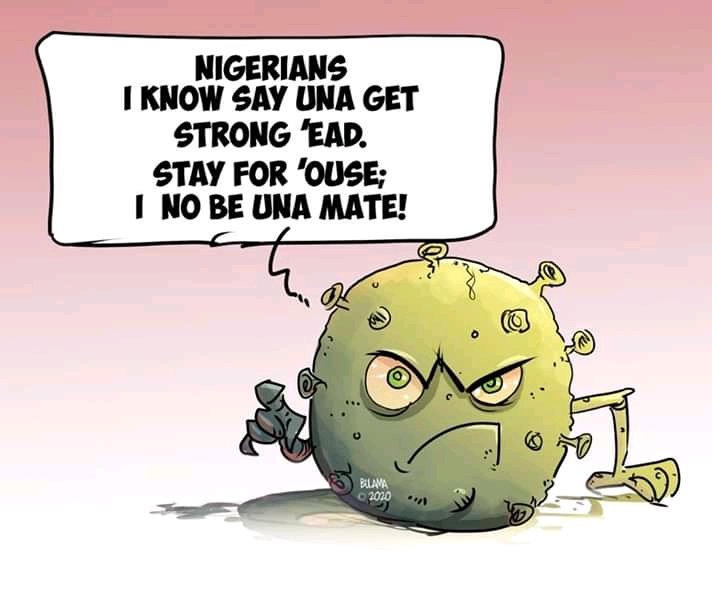 Billionaire philanthropist, Bill Gates, predicted doom for Africa when he told the American Society for the Advancement of Science in Seattle, USA, that Africa was in danger of up to 10 million deaths, should the continent be hit by a coronavirus.

This was due, he added, to the continent’s familiar challenges of poor health systems.

Luckily for Africa, the number of cases has not entered an exponential stage, unlike in Italy where the confirmed cases almost run neck-to-neck with the number of deaths.

As of Sunday, March 22 alone, over 651 Italians had succumbed to the pandemic, thereby bringing the total number of deaths in that country to over 5,000.

In Nigeria, Africa’s most populous country, the Federal Government, through the Ministry of Health and the Centre for Disease Control have been very active in rallying resources and logistics to contain the spread of the disease.

At the time of writing, the country has recorded 35 confirmed cases and one death.

That number may not represent the actual spread of the incidence of the pandemic in the country, as the cases cluster around areas that are in proximity with the designated test centres and the points of entry into the country.

Although the government has moved to impose a ban on travels into Nigeria from the coronavirus hotbeds, a considerable number of suspected cases from badly hit countries had already gained entry before the ban. For this reason, we must be worried about the country.

While the global statistics of confirmed cases have shot over 300,000 with about 13,000 deaths recorded worldwide, Nigerians are still treating the pandemic with levity.

The country already lacks the infrastructure to handle the seismic effects of an epidemic of the proportion we see in Italy, but there are other socio-cultural factors, which add to this to provide a gloomy prognosis, should COVID-19 gain a foothold in the country.

These are outlined below and readers must take care not to be found guilty of any.

Number one thing to worry about Nigerians in the face of this pandemic is the ‘Not My Portion Syndrome.’

This concept has been popularised by a University of Nigeria consultant obstetrician and gynaecologist, Prof Cyril Dim. NMPS is based on the religious belief of many Christians that they are exempted from diseases or illnesses, hence they become complacent about health checks or safety.

This may explain why most churches in Nigeria remain open and public events still go on, despite the initiative of most countries to shut down, including the capitals of the popular religious groups in Nigeria: Mecca, Rome and England. Religious leaders have a primary duty to secure their members.

By remaining open, they are unfortunately going to be the major factor for a high incidence of COVID-19 in the country.

The second issue to worry about is the reluctance of Nigerians to obey instructions. This one has nothing to do with religious beliefs.

Our people seem to be generally unconcerned about safety and precautions until they are directly affected. For example, the NCDC has called on individuals showing the symptoms of the disease to self-isolate. However, we have heard that some of the cases already went to general hospitals before the NCDC became involved, even though toll-free lines to contact them were made available. This is the wrong attitude in a scenario where the goal is to limit spread.

Conspiracy theories also constitute a major obstacle to efforts aimed at curtailing the spread of COVID-19. When it was announced that an Italian infected with the virus was being isolated in Lagos, many Nigerians on social medial called it a hoax contrived by the government to siphon money.

To this moment, there are naysayers who remain incredulous about the existence of coronavirus in Nigeria.

They include popular personalities like Femi Fani-Kayode, who recently shared a lengthy conspiracy theory on Facebook that COVID-19 was a lie concocted by the Illuminati in concert with the World Health Organisation to create fear in the world and then launch a lethal vaccine that would reduce the world’s population.

Such nonsense has continued to influence the attitudes of many people, regarding response to calls for social distancing and other containment measures. Hopefully, with former Vice President Atiku Abubakar recently announcing on Twitter that his son had been infected with the virus, conspiracy theories surrounding the authenticity of a coronavirus will continue to wane.

The fourth source of concern is the problem of general ignorance in the population. Stories have been flying about, regarding the cure for the disease.

President Donald Trump of the United States has not helped matters, too, with his hasty press conferences where he named chloroquine and hydroxychloroquine as cures for COVID-19.

Consequently, there have been unconfirmed reports of a mad rush for these drugs in Nigeria and when taken as a precaution as many have erroneously recommended, this can pose more health risks.

Although hydroxychloroquine and Azithromycin have been reported in the medical journal and the US CDC website as having positive outcomes for COVID-19 patients, the public must wait until qualified medical practitioners prescribe the needed doses, if necessary. Ignorance also means that others may resort to local remedies or superstitions to get cure.

Finally, the fifth issue to dread is the paucity of health facilities in the country that can cope with a pandemic of this proportion.

There are probably more cases than have been reported by the NCDC. This suspicion is supported by the lamentation of the WHO Director-General, Dr Tedros Adhanom Ghebreyesus, that there are not enough testing centres in Africa, hence the cases are underreported. Nigeria does not have the health system to cope with millions of deaths.

This further strengthens the need to adhere strictly to preventive measures, which, unfortunately, are being ignored at the moment.

In the final analysis, the government must enforce social distancing and allow only movements where essential needs for survival, such as shopping are required.

Citizens must, in turn, cooperate and maintain strict personal hygiene to avert deaths in millions. The clock is ticking.

Oliver Orji wrote in from the United Kingdom

Shocking Details Show Nigeria Is Not Prepared To Contain COVID-19

Sharpeville Massacre And The Quest For Human Liberation By Ifeanyi Okali