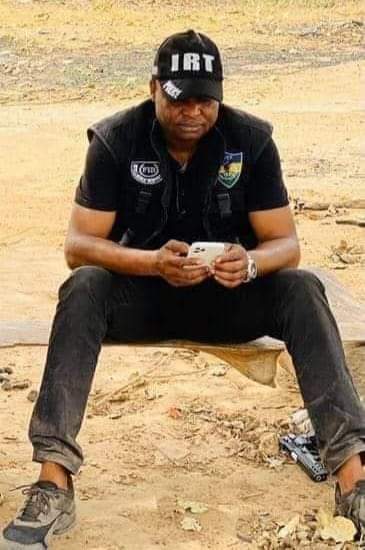 A police report says embattled Deputy Commissioner of Police, Abba Kyari, told a panel that secessionist groups, the Indigenous People of Biafra and the Eastern Security Network are on a campaign to smear his reputation.

Kyari, who was suspended by the police last year for his alleged link to alleged international fraudster, Ramon Abass aka Hushpuppi, said this before a panel set up by the police to probe him.

A copy of the report which was obtained by The PUNCH read in part, “The officer did not deny violating social media (policy) of the police. The officer (Kyari) stated that ‘It is a campaign to smear his reputation by members of IPOB/ESN who moved to destroy him due to his onslaught against them in the South-East’.

The report, which has since been sent to the Attorney-General of the Federation, Abubakar Malami (SAN), also revealed how members of a syndicate led by Hushpuppi paid N235, 120, 000 to Kyari’s younger brother.

However, the investigation report obtained by our correspondent on Monday, failed to disclose whether Kyari’s brother was acting as a proxy for his embattled elder brother who is currently in custody of the National Drug Law Enforcement Agency.

The DCP, who was suspended by the police last July for his alleged links to Hushpuppi, allegedly attempted to sell part of the cocaine which was seized from some drug dealers in Enugu, while he was on suspension.